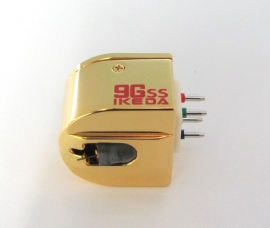 $ 78,799
Ikeda's new top model 9Gss 24k Gold limited edition. Only 200 are made of this and two of these are on their way to the motherland. This is the absolute world class dynamics and finesse!
Add to Cart 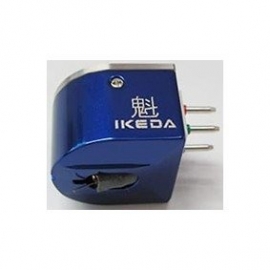 $ 44,799
IKEDA Sound Labs new KAI Reference MC cartridge is the highlight of over four decades of experiences in cartridge design.

The KAI is designed to rank amongst the very best out there together with Lyra Atlas and Goldfinger Statement at the +USD10,000 price range. It represents Ikeda san's over 4 decades of experiences in cartridge design. The KAI represents his finest masterpiece ever made in his entire analog career.

The new KAI moving coil cartridge is the culmination of technology and craftsmanship to now represents his best efforts to date.

High quality materials and components include:

The special IKEDA Blue Alumite housing is crafted from solid Aluminum alloy with buff finishing.
The Top of the cartridge is made of Titanium
The Base of the cartridge to sustain the generator unit is made of Titanium
The Cantilever is made of Boron to ensure proper delivery of oscillation.
Highly efficient Permalloy core, low impedance coils, ideally shaped magnet yoke and the generator unit embedded a samarium-cobalt magnet are further highlights of the new IKEDA KAI MC cartridge design.
Add to Cart 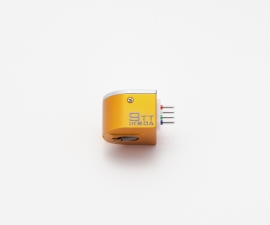 $ 23,799
Standard model was realized without playback of extra coloring

Processing body parts are machined precision aluminum alloy. It will prevent the resonance of the power generation mechanism securely fixed cause of turbidity of sound.
Stylus chip adopts the line contact shape, pull out the charm of the music itself that has been put in record.
Add to Cart 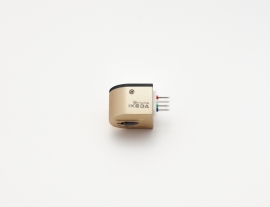 Design for playback in stereo equipment. Channel electrically isolated arranged things for power generation coil in each of the left and right,
there is no worry that suffer from such as the hum. Also it will play mono record of all ages in a wide range by the elliptical shape of the stylus tip.
Add to Cart 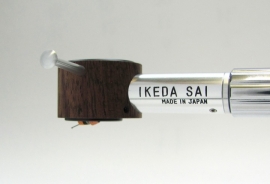 $ 36,799
It was developed as a successor to the shell integrated IKEDA 9MUSA-U.

Karin material of hard natural wood, and a combination of pure copper and aluminum parts, thorough sound tuning, such as applying a copper plating to the magnetic circuit. Boron steel cantilever, micro ridge shape of the stylus tip, by a high-output, high-efficiency power generation mechanism, overflowing and the charm and dense while perky that "Ikeda Sound" is revived.
Add to Cart 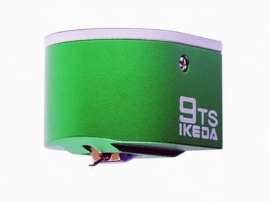 $ 14,799
The pursuit of ease of handling
IKEDA 9 Series entry model of

Stylus tip is elliptical shape that has been used in the past IKEDA cartridge. Body parts and power generation mechanism to be the cornerstone of quality adopted a similar structure and processing and high-end model, you played the balance is full of well-energy feeling reproduced sound.
Add to Cart
Items 1 to 6 of 6 total