$ 319,000
In order to provide delicate details and high dynamic for wide variety of music, this unit is designed with great deliberation using famous Pentode EL34 in a new designed push-pull circuitry. Values of each part and current are set precisely so that tube power amplifier could drive modern speakers well.

Push-pull circuit further refined from Overture
The first stage and driver stage are direct coupled, and a new generation pure silver foil capacitors with vibration suppression are used for coupling with the output stage. Moreover, the low impedance design of the whole circuit is aimed the direct sound performance. The output stage continue to employ CCB (constant current bias circuit). The music signal is prevented from flowing into the bias adjustment VR, enabling pure signal transmission. 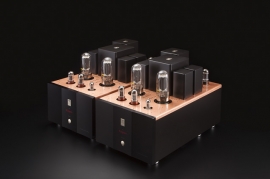 $ 1,590,000
Kagura 211 parallel single ended monaural power amplifier has been accomplished by putting every know-how that Audio Note/Kondo created.
The world of elastic and coordinated sounds can be delineated only by analog amplifier, where music breathes of original sounds are brought back.
The new perspective flagship power amplifier is how Audio Note/Kondo would really like to be listened to by those who have been indulged in the deep charm of music.
Add to Cart

$ 829,000
1989, the year of the bright history of Audio Note.
Audio Note's ONGAKU was born this year, instantly attracted attentions from audiophile around the world.
Audio Note's vacuum tube amplifiers started shipping overseas. Reviewers from leading audio magazines, e.g. "Hi-Fi Choice", "Audiophile" from UK and "The Absolute Sound" from US, reported their surprises and appreciations about the good sound qualities which they had never heard of. Among them, ONGAKU which employed big size power tubes 211 in the amplification stage; stole the hearts of audio fans with her overwhelming expression of rich musical details.
ONGAKU's magic and its good comments are still spinning around the world without slowing down.
Audio Note's high reputation and good comments are building up on this solid platform.
Add to Cart 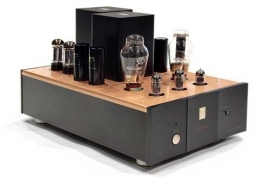 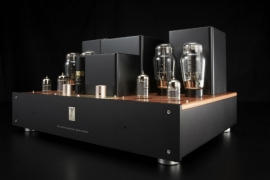 Silver Capacitors
Silver capacitor which use pure silver foil as electrode. It is specially designed to prevent the potential oscillation with the foil, which can easily generate muddy sound when lignal surge from low to high level.
All silver foil capacitors are Audio Note hand made.

Original Silver Wire "SSW"
All conductor materials are pure silver. In order to supress the unwanted vibrations, natural silk is used and twisted around the silver conductor. It works as an insulating layer between the silver wires and the exterior PVC jacket.

$ 279,000
A new Overture with substantial improvements
Blending the high power output of Pentode EL34, with Triode's iconic richness in musicality.
Fully unleashed the wildness and dynamic of music while having all micro details expressed with textures.
Audio Note's philosophy of an ideal integrated amplifier. A simple audio system of excellent balance. Capable of giving the best from details, dynamic and musicality.

New design guideline "Cleaner with more Triode Splendidness" was refined through extracting the knowledge we learned from Kagura researches and applications.